An 89-year-old former medical secretary has won £200,000 in compensation, making her the oldest person in the UK to win an age discrimination case.

Eileen Jolly was unfairly dismissed from her post at the Royal Berkshire Hospital in 2017 (then aged 86) after she had failed to upload details of patients awaiting surgery into a new database. 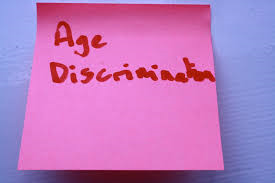 Ms Jolly, who had been employed at the hospital since 1991, successfully argued that she had not been properly trained to use the computer new system and that her lack of training led to mistakes being made.

At an employment tribunal in 2018 Ms Jolly claimed that the decision to sack her was based on her age and “frailty”. The claim followed remarks by colleagues who expressed concern to hospital bosses that Ms Jolly’s age was affecting her performance

Judge Andrew Gumbiti-Zimuto agreed that Ms Jolly has been unfairly dismissed and the decision to terminate her employment had been “tainted by discrimination”. He also found that her employer had failed to address her grievances and that Ms Jolly had been treated differently to her colleagues because she had not been offered sufficient training. The Royal Berkshire NHS Foundation Trust was ordered to pay Ms Jolly £200,000 in compensation.

If you believe you have been the victim of discrimination at work, or for help with any employment issue, please contact James Hodgson or Maureen Cawthorn at our Halifax office on 01422 339600.