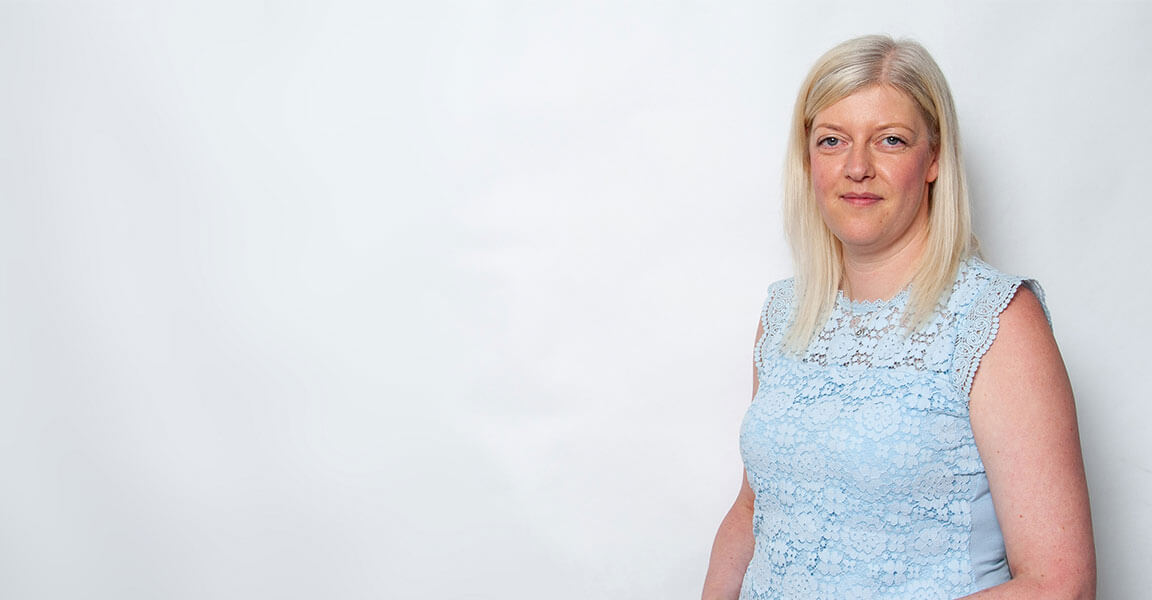 Gill’s career in property law began at the tender age of seventeen when she became a legal secretary at a Huddersfield based solicitors’ practice.

Gill joined Wilkinson Woodward in 2007 and quickly became an integral part of our busy property team. In 2019 Gill began studying to become a licenced conveyancer; she expects to complete her qualification later this year.

With twenty-five years’ experience behind her, Gill is in high demand, handling her own full and varied case load of property transactions including freehold and leasehold sales, purchases, re-mortgages and transfers of equity.

Outside work Gill lives in Bailiff Bridge with her four-year-old Pug-Terrier cross, Sidney. Gill loves the outdoors and spends her weekends walking Sidney, camping and traveling.

Gill is based at our offices in Queen Street, Huddersfield.